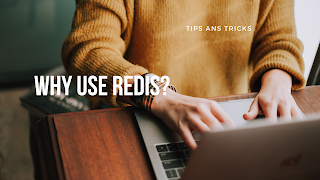 Redis is open-source software that has been gaining popularity in recent years. It is a data structure server and it can be used to store strings, hashes, lists, and sets. You can use Redis for many things such as caching or even real-time analytics. Here are just a few of the reasons why you should start using Redis today:

– There are a lot of awesome tools out there to use with it such as the official Redis ruby gem and others available on rubygems.org, npmjs.com, PyPI, or other package managers.

– It is easy to install Redis on any OS.

– It has an awesome community around it that would be happy to help you in case of issues or questions via email, Slack, and other channels.

– Redis can be used as a persistent and fast key/value store.

– It is often used in the caching layer to speed up applications and websites.

– For example, you can use Redis to cache database queries or anything that’s expensive to calculate or fetch from another system. After all, every millisecond counts.

– You can use Redis for small analytics jobs that need to be run very fast and in near real-time since it’s capable of running complex commands like intersections between sets or getting members with a given score within the same member list (intelligent pagination) without having to fetch all results at once from another system. This is why Redis is often used in conjunction with big data solutions like Hadoop and Spark.

– Additionally, you can use Redis as a message broker for distributing messages between different parts of your application or system. For example, if you have an event-driven architecture, you could use Redis to publish events and then subscribe to them using any language and connect it to your messaging system.

– And if you’re interested in learning more about Redis, there are a ton of informative blogs out there that will help you get started and become an expert faster than ever before!

Redis is a great tool to use for caching, data sets that are re-used or rendered infrequently. It can also be used as an in-memory database which makes it very fast and efficient. If you’re looking for a cache solution with no dependencies on other languages, then Redis will work well for your needs!