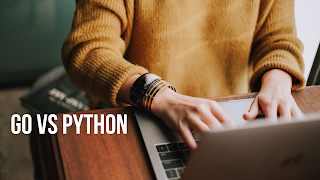 One of the hardest parts of programming is choosing a language to learn. There are so many languages, and they all have their own benefits and drawbacks. In this blog post, we will compare Golang to Python in order to help you decide which one might be right for you!

Golang is a newer language that was created in 2009 by Google. It is a statically typed, compiled language that has been gaining popularity in recent years. Golang is perfect for web development, system programming, and network programming.

Python is an older language that was created in 1989. It is a dynamically typed, interpreted language that has been around for over 27 years. Python is great for web development, data science, and many other uses.

Both languages are extremely popular right now with Golang gaining more popularity than ever before! If I had to choose between the two languages today, I would probably go with Python because it’s easier to learn as a beginner and it has a larger community of developers. However, I think that Golang is definitely worth learning as well since its popularity is only going to continue to grow in the future!